Are you a consumer?

Learn how to buy.

Of all the surprises that greet you at Sally Breer’s Los Angeles loft, the most immediate may be how subdued the aesthetic is. The 29-year-old interior designer does, after all, deftly design some of Hollywood’s most imaginative and outright audacious homes, restaurants, and hotels. (Our favorite example is Hotel Covell, where each room manifests as a visual interpretation of a chapter of the life of the author George Covell). For her own home, Sally “leans very neutral” and as a self-described “rug-lady,” she enjoys the artistry and aesthetics involved in textile exploration. Here, we get a glimpse into how Sally selects rugs and pillows, as well as how she weaves individual pieces into her broader aesthetic.

Rugs are the foundation of every room for me, to the point that I've become a bit infamous for being "the rug lady" at the office. I buy a lot of vintage rugs on eBay, and am maybe too discerning when it comes to approving the right rug for a space. The wrong color; the wrong scale pattern; can completely throw off a room. The rug is often the first thing I source for a project, and informs the other pieces that I end up using.

For my own house, I lean very neutral—the joke is that my house is 50 shades of beige. I think I spend so much time around beautiful objects and textures and patterns, that, when I come home, I like my space to be more of a wash—a white noise background. That said, I play with a lot of neutral textures for warmth, and weave in some grounded, earthy colors (I’m not entirely boring!). Loloi’s Nomad rug was an obvious choice for my space because of its warm tan color with subtle hints of plum and green. Also, its material is mega-durable, which for me is paramount. I don't like my rugs to be precious. The last thing I ever want is to feel inhibited in my own home because of a fear that I'll ruin a rug. And I definitely don't have a “shoes off” kind of house. I typically like my rugs to be wool or jute, because I like the way they age with time and use.

The Nomad rug is hand-knotted, which gives it a bit of a wabi-sabi feel. One diamond might be ever so slightly larger than another, allowing a sense of the human that made it, which just gives so much more depth to a space. “ I don't like my rugs to be precious. The last thing I ever want is to feel inhibited in my own home because of a fear that I'll ruin a rug. Sally Breer
Pillows can go wrong, and often I think do. If the wrong pattern, texture, color is introduced, they can completely clutter an otherwise lovely sofa or bed. But, if their powers are used for good, they add a layer of warmth and texture that can make a space more inviting and interesting. I like my pillows to be more about texture and less about pattern.

The "cream pillow" is my dream pillow. The texture that it brings into the space is just bonkers, and it almost feels like the pillow has a sense of humor. As though the exaggerated size of the tentacles are almost winking at you when they move. The subtle check pattern of the rust velvet pillow brings such elegance to the room. It's got that stellar grid pattern, but because the pattern is just in the texture and not in a different color, it feels so richly understated.

Good design is a result of careful thought and planning; of a combination of a variety of elements. A strong foundation is critical. And, as they say, the devil is in the details. Well curated accent pieces often make all the difference between good and bad design. Products In This Story 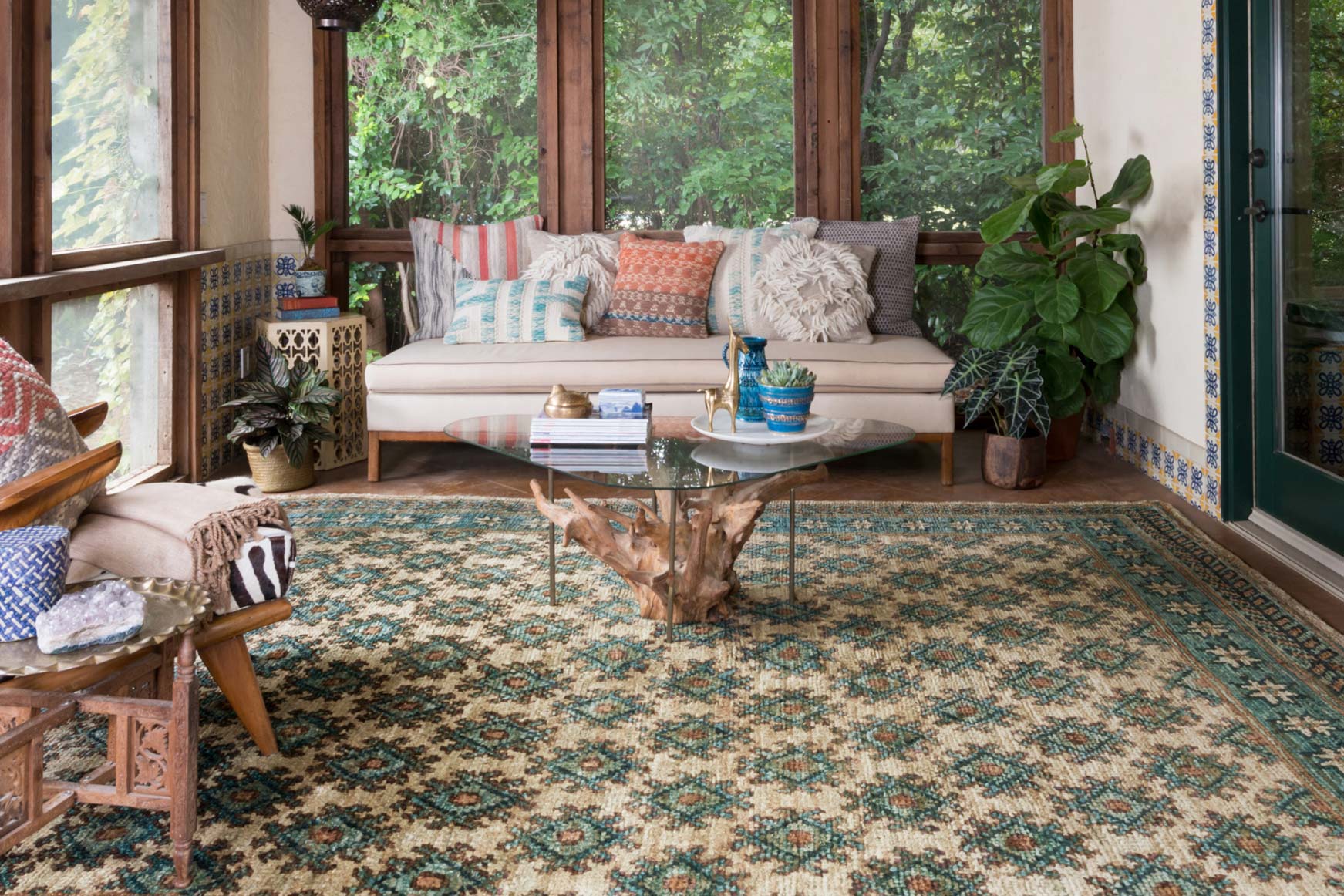 Featuring rich colors, ethnic patterns, and an earthy 100% jute fiber, the Nomad Collection from India pays homage to tribal design while updating the look for today's interiors. The thick, hand-knotted pile and bold design make for an eye-catching centerpiece in any room. Meet our newest intros, designed for life (and spaces) worth enjoying.